On Sunday, November 5, 2017, I performed the mezzo solos in the Mozart Requiem at St. James Episcopal Church with music director Peter Waggoner conducting his church choir and an orchestra. The Mozart Requiem was integrated into the traditional All Souls Day mass, which honors those who have gone before us in life and death. […]

On Saturday, March 11, 2017, I had the privilege of singing excerpts from the opera Carmen by Bizet with the Atlanta Philharmonic Orchestra conducted by my friend and colleague Amy Wilson at North Decatur Presbyterian Church. In the concert, titled “C’est la vie!” we had a great cast of characters! I sang the title role […]

In my career as a singer, I’ve had the privilege of giving multiple world premier performances. The first major world premiere was creating the role of Mrs. Gibbs in Ned Rorem’s opera Our Town. The second was performing as the mezzo-soprano soloist in Edwin Penhorwood’s monumental oratorio, An American Requiem. I’ve also had two composers […] 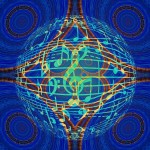