In my career as a singer, I’ve had the privilege of giving multiple world premier performances. The first major world premiere was creating the role of Mrs. Gibbs in Ned Rorem’s opera Our Town. The second was performing as the mezzo-soprano soloist in Edwin Penhorwood’s monumental oratorio, An American Requiem. I’ve also had two composers […] 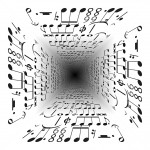 This was a really cool day. I was asked to be the presiding and only musician at the Recovery Eucharist on Independence Day 2015. The service was a special offering from the Diocese of Atlanta during the International Convention of Alcoholics Anonymous. The service incorporated the 12-step program as part of the worship service. I […]

May we celebrate the lives of our service men and women and give thanks for those who have gone before us this Memorial Day 2015. Please enjoy this short “Requiem” I wrote and recorded today.